"ARX is a lifestyle magazine for vampires thriving in the modern world. Written by and for vampires, it’s the oldest and most reputable publication of its kind.

Arx is Latin for citadel and in the ancient city of Rome, sentries were traditionally posted on the arx to watch for signals displayed on the Janiculum (hill in western Rome, Italy) if an enemy approached. A red flag would be raised and a trumpet blown; it thus held a symbolic power beyond its importance in military strategy, and was a central place in archaic Roman religion.

Like a well protected citadel, ARX provides the latest information to keep our kind prepared, protected, and flourishing. With contributors from all corners of the planet, ARX connects readers with current trends in architecture, design, art, and technology to help make their eternity on Earth perhaps a bit more bearable."

The grid is a 12 column system and all text and images fit strictly within these columns, much like that used to design famous magazines GQ and Vogue. The editorial layouts utilize the facing pages and feature large blocks of negative space.

The text content and articles are original while the colorful images were selected from the talented photographers on Unsplash.com. 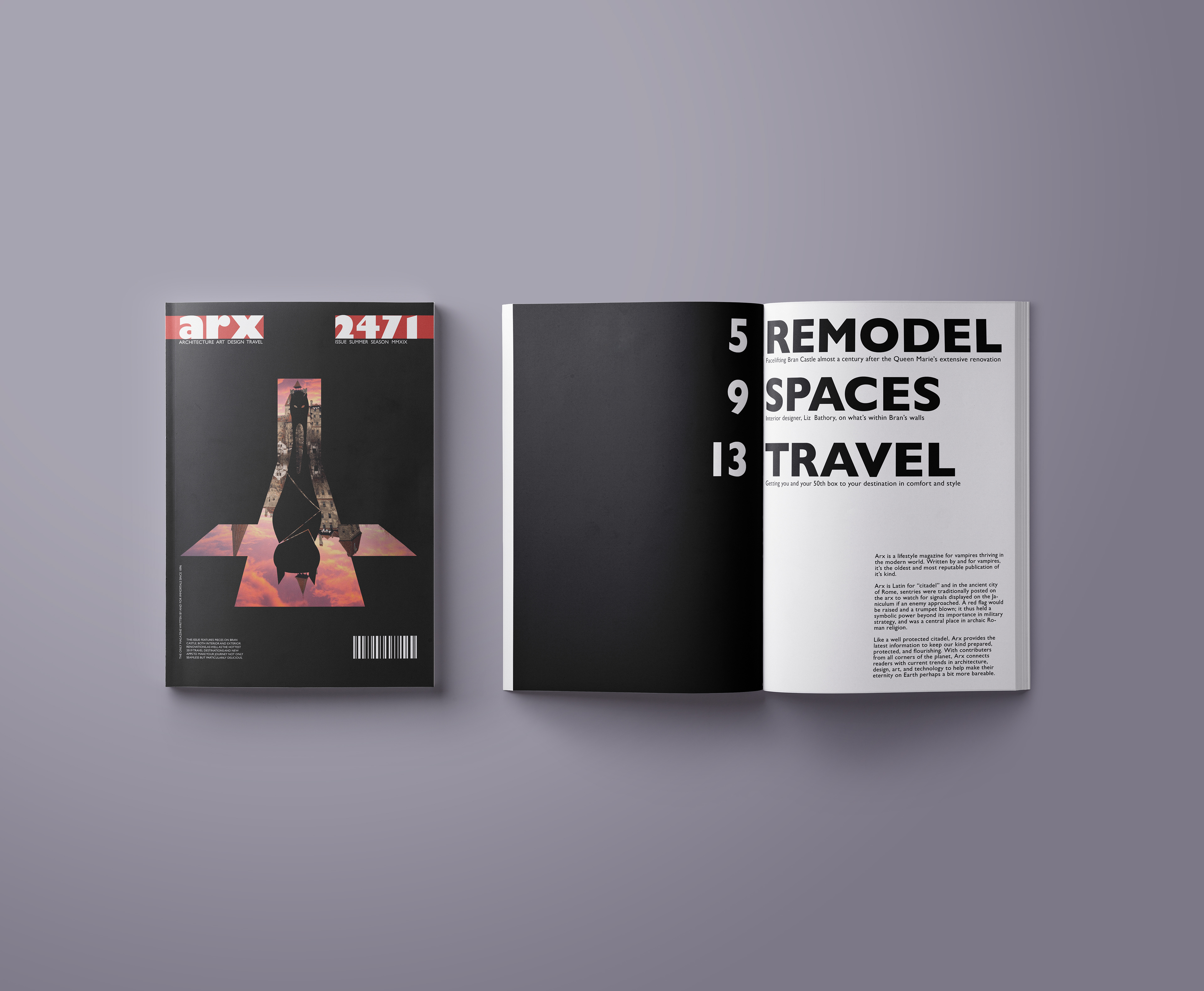 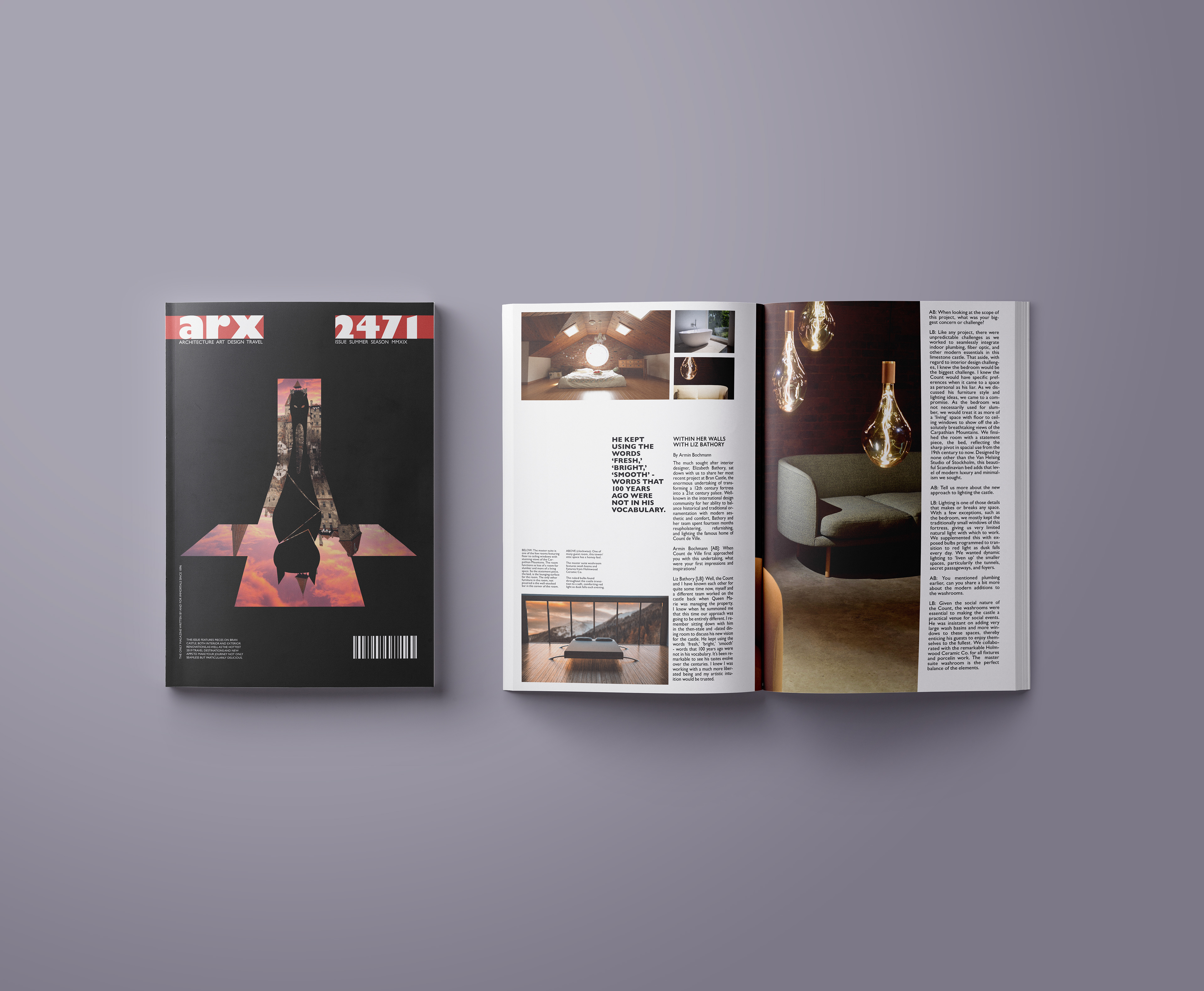 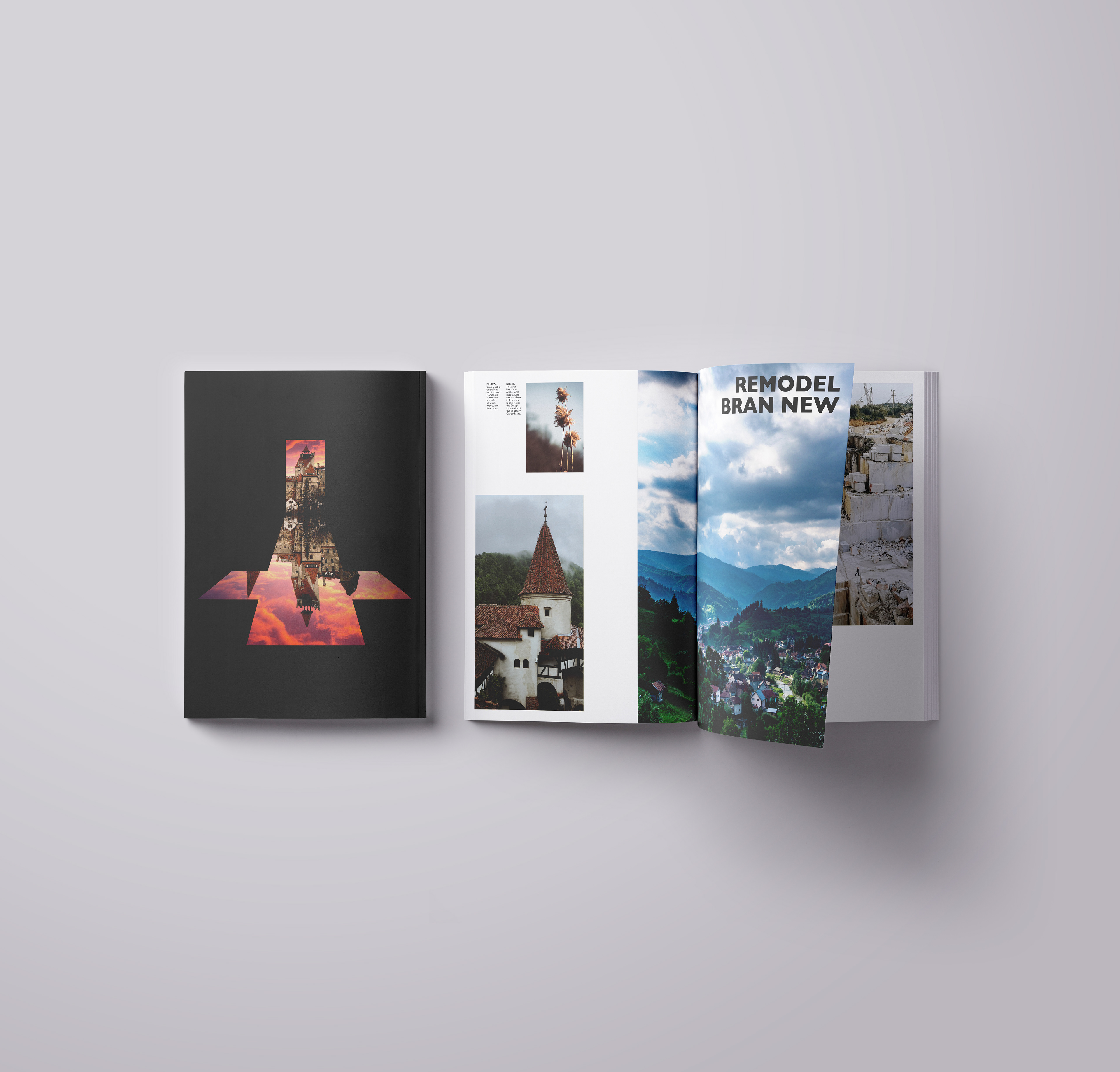 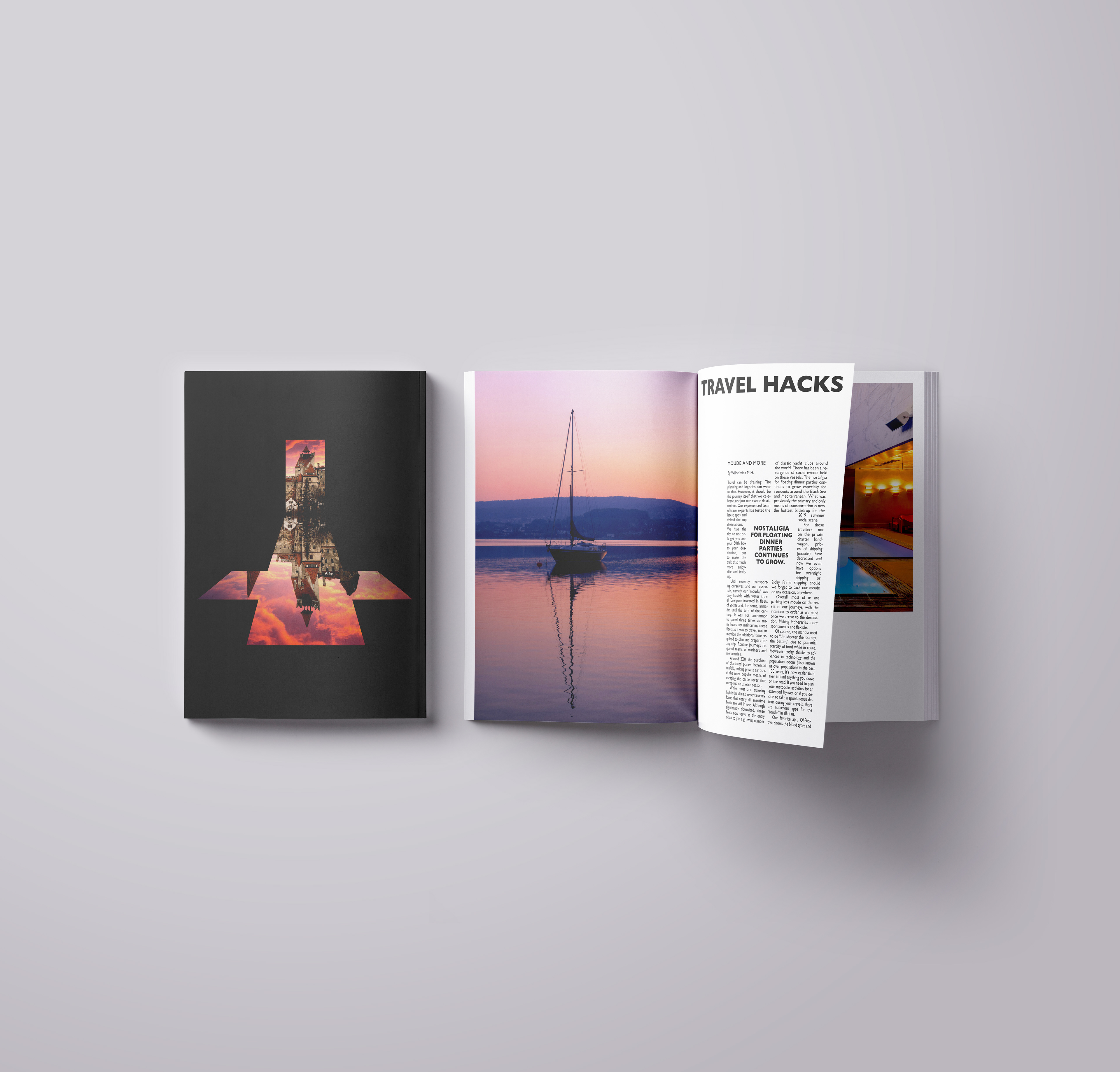 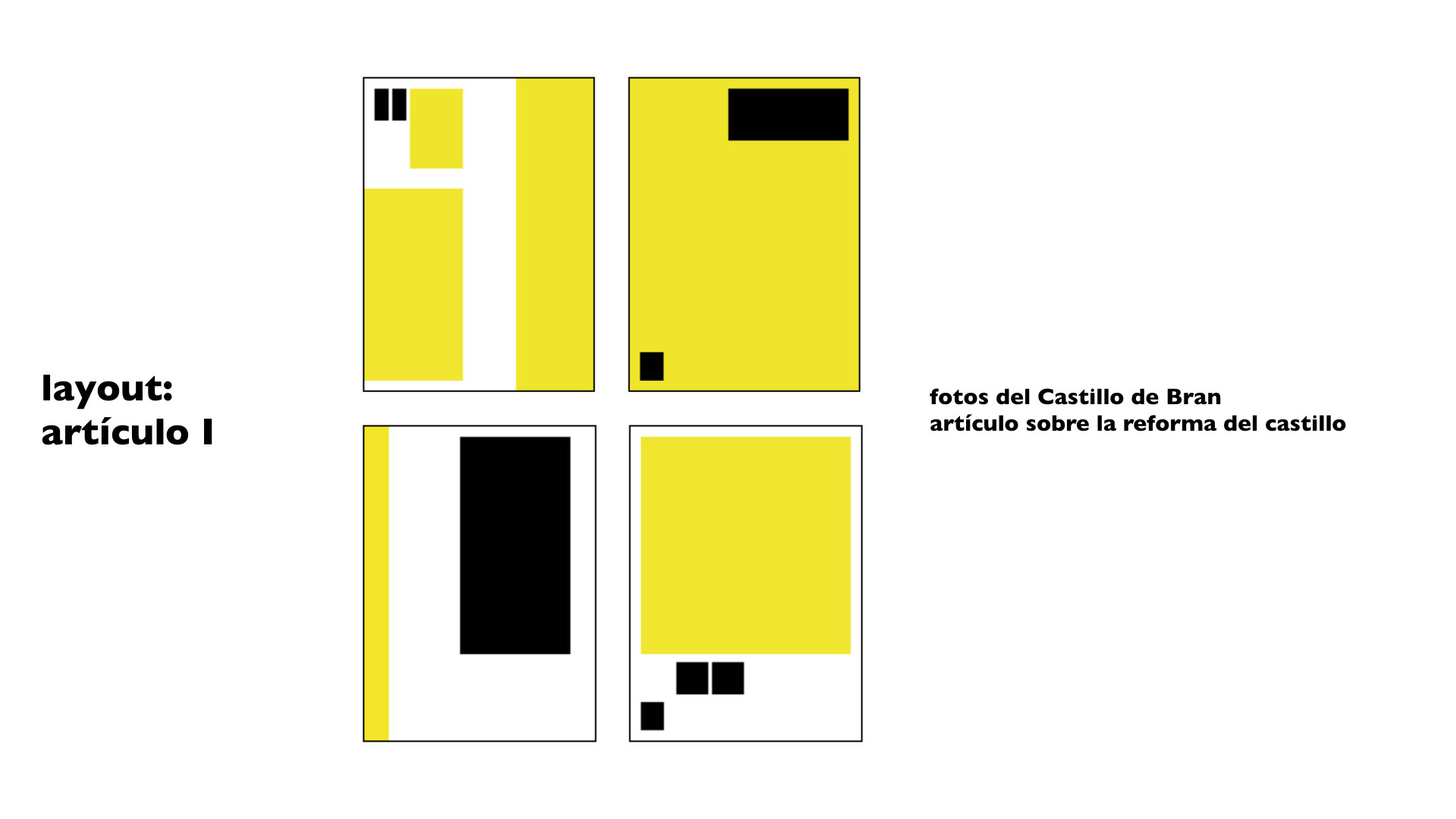 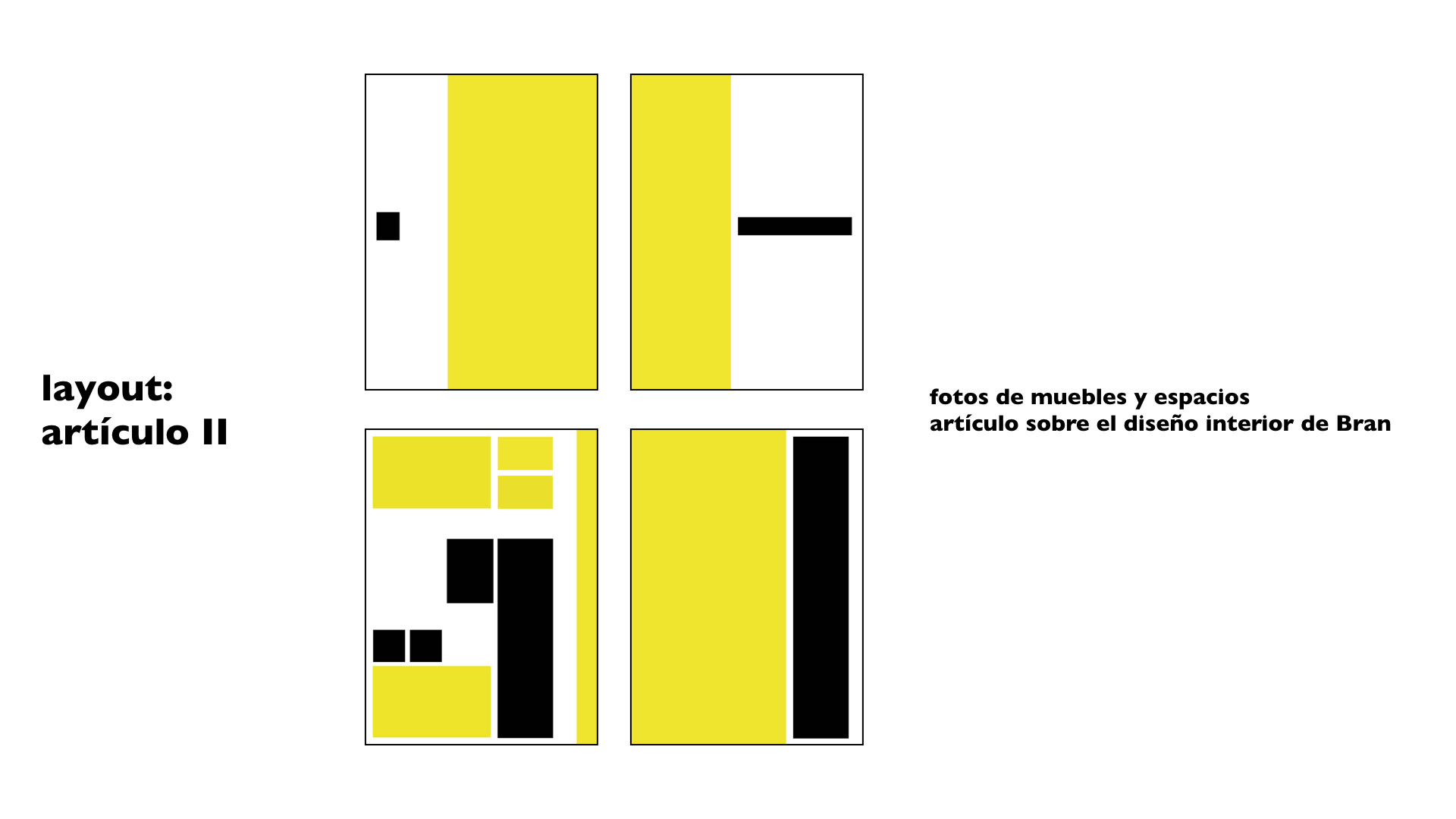 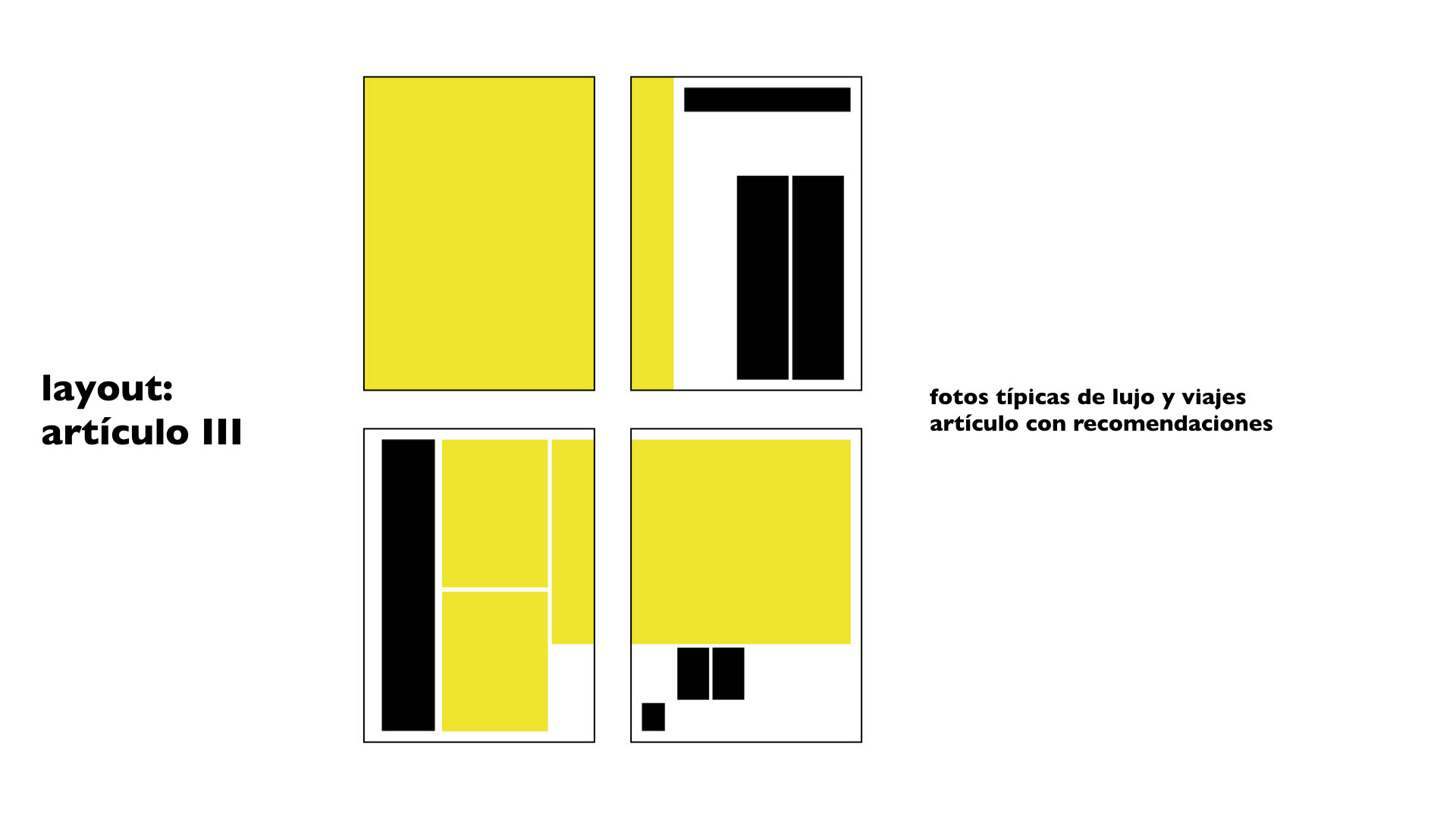 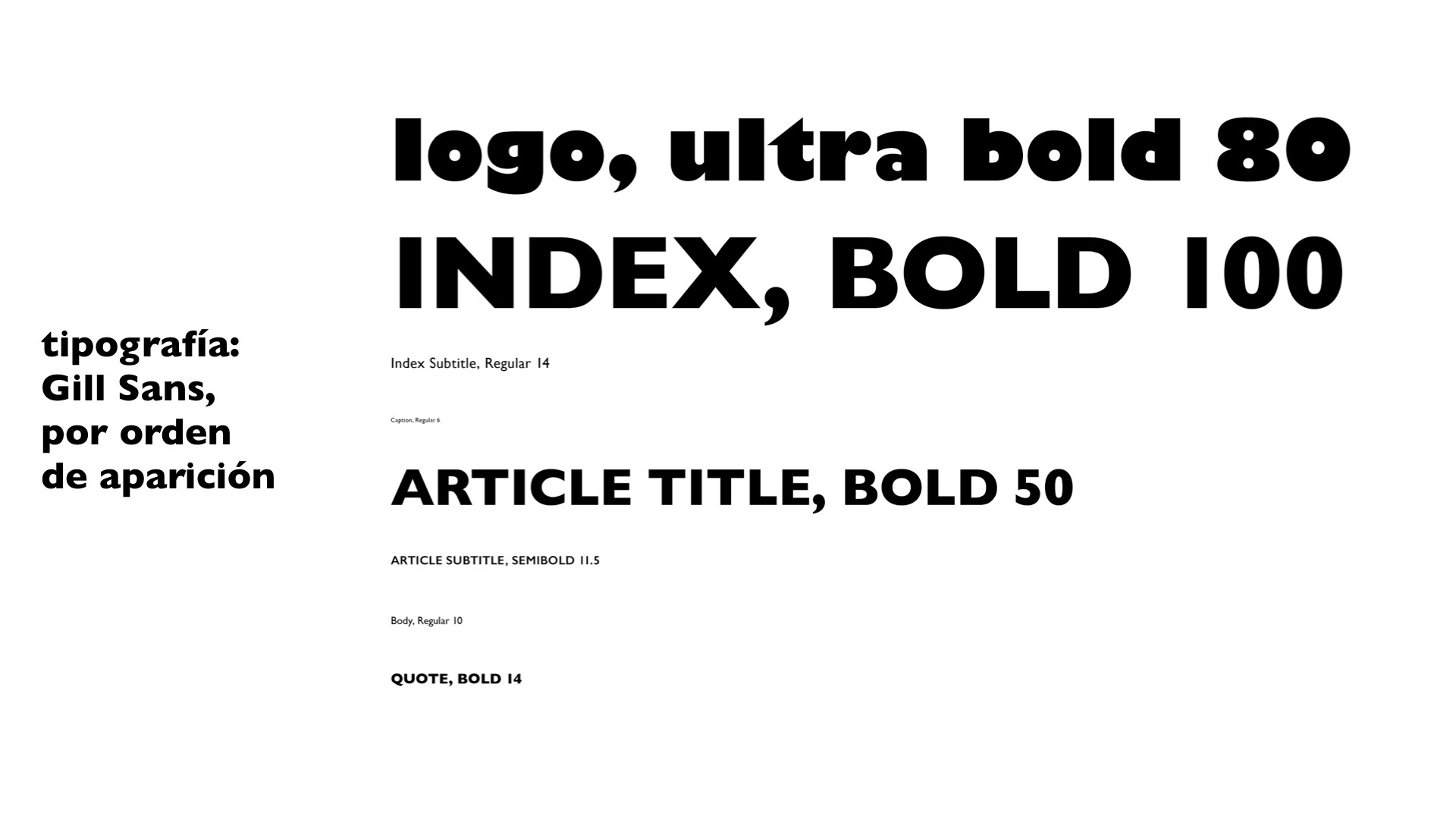